Weekly Photo Challenge: Love (A boy and his dog) 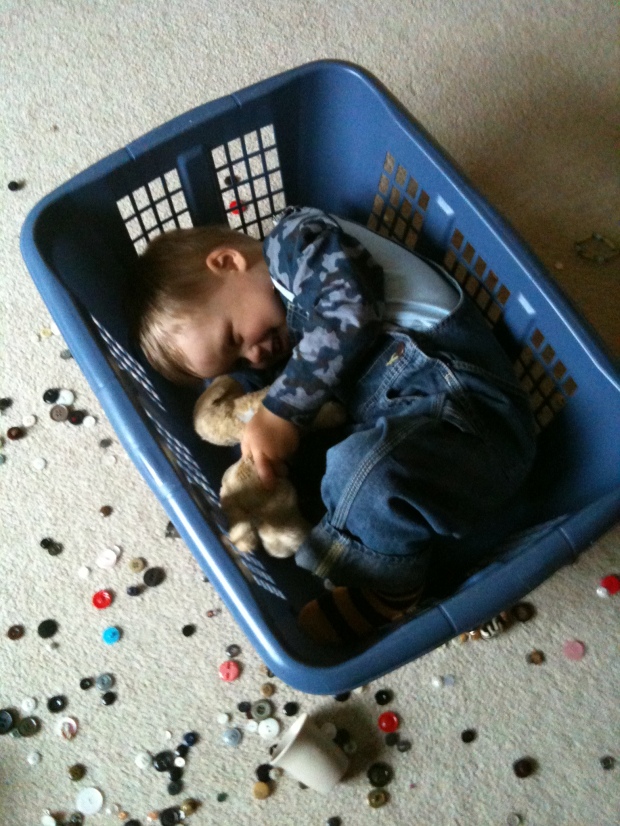 I took this picture of my son with his stuffie a few years ago and it remains one of my very favorites. Rather than explain the relationship between a boy and his dog, I will re-post what I wrote about it last year:

Six Dogs Are Better Than One

B got Dogga for Valentine’s Day when he was 14 months old.  It was love at first sight. Dogga became B’s “lovey“. Dogga came on the airplane, into the bathroom, to the park, to the beach, to playgroups, in the car and in the stroller. Dogga saw every first and many lasts. I’m a bit of a wild driver and once when B was barely two I had to slam on the brakes. B yelled, “hold on, Dogga!” from the backseat. I’m surprised he doesn’t have his own car seat.

Dogga has the power to heal cuts, dry tears, scare away monsters and cure loneliness. Dogga is magic. Dogga is practically alive.

Once we realized how important Dogga was we started looking for an extra, just in case. Fast forward a few years and now there are six. The original Dogga had his nose chewed off so “went to keep Grandpa’s dog company” on the farm. Now we’ve got Present Dogga (he appeared under the Christmas tree with a red bow), Girl Dog, Daddy Dog, Mad Dog (the way the fur goes over his eyes makes him look mad, according to B), Scottie Dog and Other Dog.

A year from now, B will be heading off to full-day kindergarten and the long, crazy days with two tiny ones at home will be over. Now that a change is approaching I understand what the kind grandmas in the grocery store mean when they say, “Treasure the moments. This is the best time in your life.” Even though some days are like a long, uphill (whining, screaming, chaotic) marathon, this time is fleeting. The tough parts fade away and what is left is beautiful.

Another blogger was kind enough to nominate me for a Top 25 list at Circle of Moms. If you’d like,  click the link below, scroll down to Murphy Must Have Had Kids and vote each day until February 13th. 🙂

What do you think? Cancel reply