We took a new Lego set with us: a race car that drove onto a truck and trailer. My purse had a jar of peanut butter and three Reese’s Peanut Butter Cups tucked inside. We were at the allergist’s office to do a Peanut Challenge test.

At 20 months old, we took our son for allergy testing, expecting to find a mild milk allergy. Instead we were sent home with epipens, fear and an anaphylactic peanut allergy.

I had food allergies as a kid too. I remember the mean girls at the Girl Guides picnic who laughed at my special hot dogs when I was seven. I can still taste the homemade marshmallows my grandma made in an 8×8 pan so my brother and I wouldn’t feel left out at the campfire. Luckily, I outgrew my allergies by twelve.  Peanut allergies are different. “Only one in five children outgrow a peanut allergy” the allergist said. “It’s pretty likely he will have this forever.”

For four years we carried epipens everywhere. I checked food labels obsessively and talked to the manager and held my breath at restaurants. We never had to use the epipen. But the fear was always there.

I was the helicopter mother that I used to scoff at.

Birthday parties were tricky. I would call ahead. “My son has a severe peanut allergy. Where are you getting the cake from? No, he can’t eat it if it says ‘may contain peanuts’. No, he can’t eat Dairy Queen ice cream cakes. That’s okay. I’ll bring something else for him.”

I grew nervous as Kindergarten approached. We scheduled an allergist appointment with the hope that things had changed. I held my breath as they did the scratch tests on his arm. Pollen- Negative. Milk- Negative. Cats- Positive. Dogs- Positive. Penicillin- Positive. Peanuts- Positive. Sigh.

School started and things were okay. A letter came home to parents declaring the class Peanut–Free. My son’s epipen tucked right into the front pocket of his Buzz Lightyear backpack, just a few feet away from where he ate his snacks and lunch. The teacher was trained in what to do. My son was a pro by then and knew the rules: Never try anyone’s snack. Always ask a grown-up to read labels. Don’t trust other kids.

There was a bright red star beside my son’s name on the Kindergarten table; a reminder to the caretaker to clean that area extra well each night.

One afternoon my phone rang and the school’s name flashed in capital letters on my call display. I held my breath as I answered. “Everything’s okay!” the secretary said quickly. “Your son just had a bee sting and needed to hear your voice.” Exhale. Disaster averted.

The blood tests came and went and showed one glaring difference from the scratch test: Peanuts- Negative.

The allergist said that “80% of children who get a negative blood test have outgrown their allergy. Come in again and we will do a peanut challenge.”

So, there we were. My son, me, a jar of peanut butter and a new Lego set.

My hands shook as I opened up the jar. For years I had been protecting my son from the very thing I was about to give him. 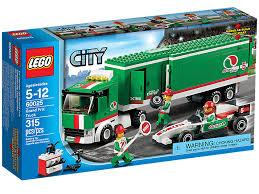 The doctor started with a smear of peanut butter on a scratch on his arm. Wait 15 minutes. Build the Lego guys. No reaction.

Then, a tiny taste on the tip of a wooden tongue depressor. Wait fifteen very long minutes. Watch child very carefully. Ask him every five minutes if he feels okay. Build the little race car from the set. No reaction!

This same drill went on three more times and each time my son licked a little more peanut butter off the stick. Each time I held my breath and my heart raced as I watched him. For hives. For sniffles. For coughs. For anything out of the ordinary. Each time the timer beeped we’d meet the doctor in the little room for a quick check and more peanut butter.

The doctor looked excited after the third or fourth dose. “Statistics say that most people who make it past the third dose won’t have a reaction.” I allowed myself to get a tiny bit excited. My boy was excited too. The implications of no peanut allergy raced through my mind.

I was fairly calm with the little bits on the stick but started freaking out when the doctor handed my son a big glob of it on a soda cracker. “Eat it up!” said the doc. “Really?” I asked. The doctor nodded and my son was delighted. He loved the taste and smacked his lips happily. That wait was a very long fifteen minutes. The whole cab of the Lego semi-truck was built. I’m not sure I breathed.

The timer beeped and we headed in for the final challenge: two crackers loaded up with peanut butter and a Reese’s Peanut Butter Cup thrown in for good measure. “Really?” I asked again. “Are you sure?” The allergist nodded and the timer was set, this time for 30 minutes. If he made it to the end with no symptoms we were home free.

I watched my son obsessively, texted my husband and posted updates on Facebook. My son finished building the trailer for the Lego truck. The timer dinged. We were done.

“That’s it!” said the allergist. “His allergy is gone.” Four simple words that changed my son’s life.

The next day before school I tucked his epipen into his backpack, just in case. Old habits are hard to break. I’m not sure how long I’ll leave it there. He doesn’t mind. This is new territory for him too. He happily scratched the red star off his desk and announced to the kindergarten children that his allergy was gone. They hugged him and cheered with true kindergarten camaraderie.

As we list off all the foods he can finally try (Peanut Butter Marshmallow Squares! Thai food! Vietnamese!) and imagine the birthday parties, barbeques, summer camps and restaurants he can attend without fear, we are thankful. 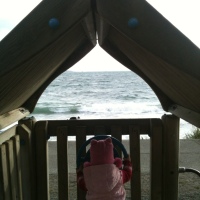 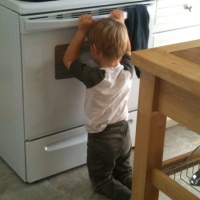 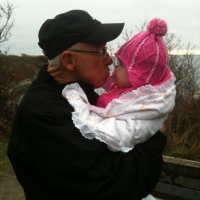 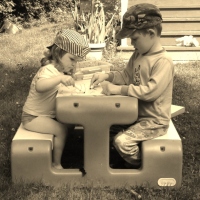